AlphaTauri F1 team “dropped back” compared to start of 2021

The Frenchman qualified fifth in both Bahrain and Imola, and then subsequently started ninth at Portimao and only 12th in Barcelona.

In Spain last weekend he made his life more difficult by overshooting his grid box when he lined up before the start, which led to a five-second time penalty being applied at his pitstop.

He recovered to finish 10th after chasing his countryman Esteban Ocon across the line.

“I’m really upset with myself because it was very silly penalty,” he said when asked about his error by Autosport.

“I always try to gain every millimetre I can, knowing that maybe you can have a small advantage for the start and the first corner.

“But this one I just went too far. And it cost me five seconds in a very silly way.

“And in the end, I finished only 10th behind Ocon. So obviously I’m upset with it.

“First part of the race, following all the cars, was very, very hard.

“And I think it’s something we need to improve. Also when it was a bit more windy, just very, very difficult.

“And then, in that last laps, I had a lot of cars to pass. I must say it was quite exciting. And some good battles.

“I was quite frustrated to come that close from P9 at the end, but I think it was still a great recovery.

“But ultimately, at the end, we are just lacking pace compared to the first two races.

“And that’s something we need to understand because we just dropped back in the order compared to the start of the year. And I think there’s a bit of work for us.” 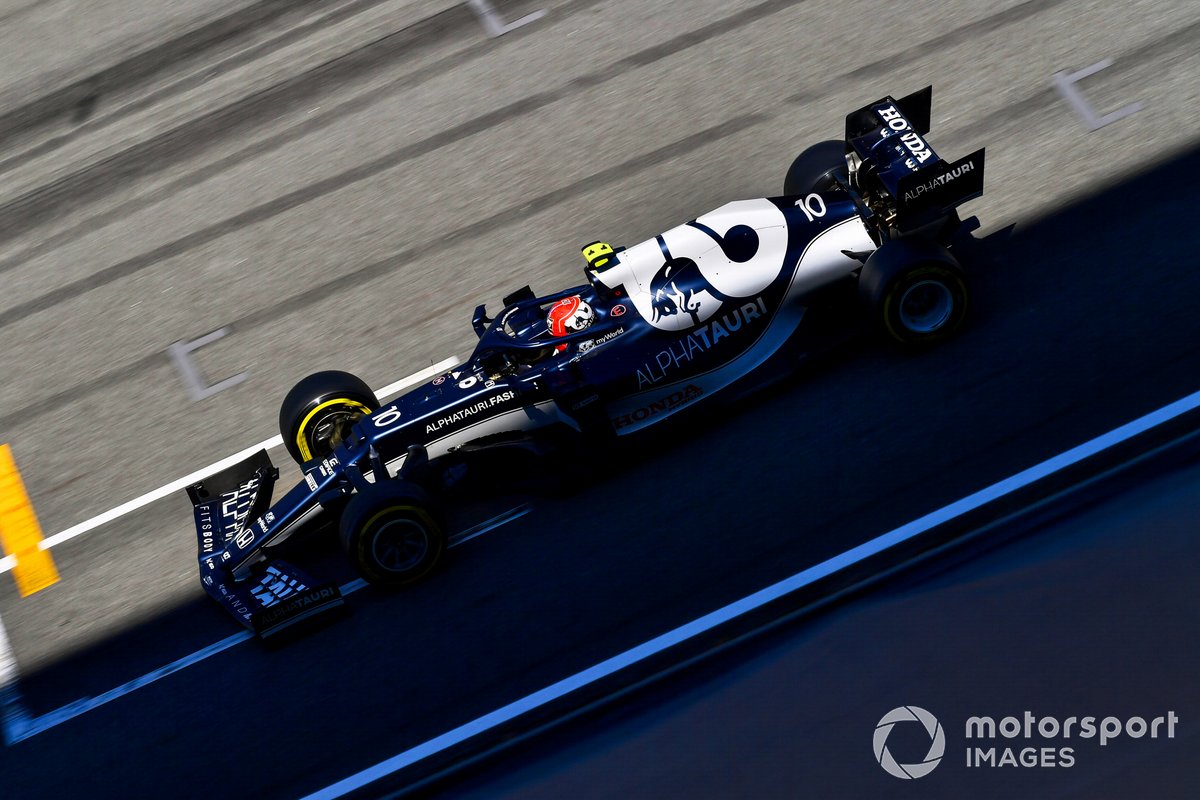 Gasly acknowledged that the AlphaTauri’s weakness in slow corners hampered the team in Portimao and again in the crucial last sector in Barcelona.

However, Gasly remains hopeful for the next race in Monaco, despite the twisty nature of the circuit.

“Monaco, I do feel that it’s such a particular track that might be slightly different,” he said.

“But there are clear areas where we need to improve.

“The car is not bad, it has potential, but is it just we haven’t really managed to make it work everywhere in all type of corners, and just get like a smooth sort of car balance all around the lap.

“So we always have like strength and quite big weaknesses, which I think we should improve.

“We’re going to work, I trust in the team and I believe we’re going to make some step forward in the coming races.

“Obviously in the low speed it’s generally a bit more mechanical than aero, but also the aero platform can have some impact there.

“All process to go through to really understand what we need to do better in this type of corners.

“But Ferrari and McLaren are making big step forward. We need to keep up if we want to be able to battle a bit further in that midfield.”

Kamui Kobayashi to race hydrogen Toyota in Fuji 24 Hours
I’m lacking the pace to fight for points
We use cookies to ensure that we give you the best experience on our website. If you continue to use this site we will assume that you are happy with it.Ok