Ahead of its switch from Class One to GT3 machinery, the DTM held a two-day test at the former German Grand Prix venue from 7-8 April, with the data from the running to be used to finalise the BoP for the new season.

After the pitlane was opened at 9am local time, 2017 Audi TT Cup champion Philip Ellis set the early pace for Winward Mercedes, leading team-mate Auer by three tenths with his best effort of 1m36.971s.

The times tumbled quickly in the second morning session, with Ellis himself gaining six tenths on his earlier benchmark to improve to 1m36.351s.

However, that wouldn’t prove enough to stay on top, with both DTM returnee Daniel Juncadella (GruppeM) and Haupt Racing Team’s Vincent Abril eclipsing his time in the second morning session.

But Auer managed to go even quicker in the dying moments of the test, the Winward Mercedes driver jumping from sixth to first with a last-gasp effort of 1m36.153s.

The Austrian driver’s best time was just 0.02s quicker than Abril, but over four tenths faster than the time with which Maximilan Gotz topped the first day of running on Wednesday.

Juncadella ended the day third quickest with a time of 1m36.251s, with Ellis eventually slotting into fourth ahead of team-mate Gotz. 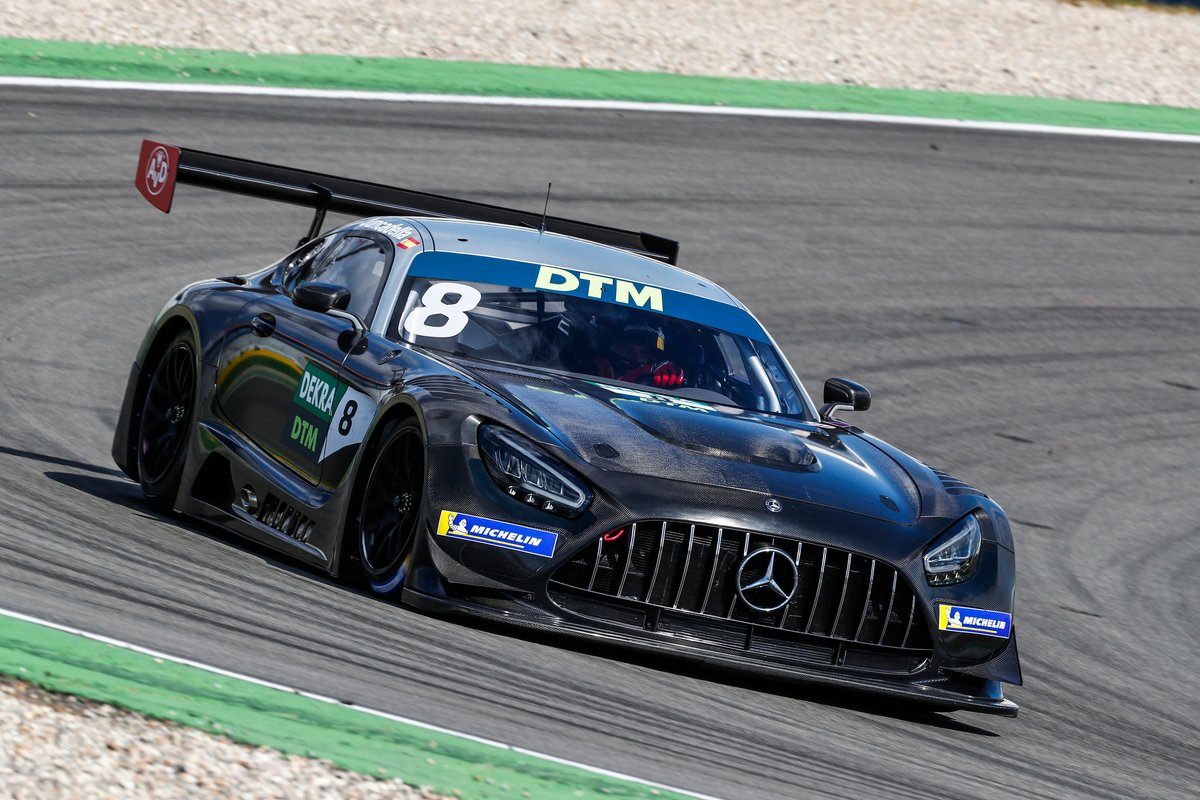 Ex-Formula 2 driver Arjun Maini got a full day of running in the GetSpeed Mercedes, having shared driving duties with tester Fabian Scheller on Wednesday.

The Indian racer ended up 0.365s off the pace in sixth, ahead of 2013 champion Mike Rockenfeller – who was the top non-Mercedes runner in seventh driving the Abt Audi R8 LMS.

Red Bull driver Alex Albon finished the day ninth fastest on the AlphaTauri-liveried Ferrari 488 GT3 with a time of 1m37.012s, with Kelvin van der Linde’s morning effort of 1m37.114s proving good enough for 10th before he handed over the Abt car to team-mate Rockenfeller in the afternoon.

None of the BMWs featured inside the top 10, with two-time champion Marco Wittmann the top-placed driver from the Munich-based manufacturer’s stable in 12th behind the second Red Bull-backed Ferrari of Liam Lawson.

Apart from Paffett, Team Rosberg’s Nico Muller was also absent from action on Thursday due to clashing commitments with Dragon/Penske in Formula E.

The DTM will hold another three-day test at the Lausitzring on 4-6 May prior to the season opener at Monza on 19-20 June.

ARCA driver Taylor Gray hospitalized; Truck debut in doubt
Formula 1’s most chaotic start line incidents
We use cookies to ensure that we give you the best experience on our website. If you continue to use this site we will assume that you are happy with it.Ok