The French car manufacturer endured a tough season opener in Bahrain, with neither Fernando Alonso nor Esteban Ocon managing to finish in the points.

Alonso’s hopes were wrecked in the race by overheating brakes, triggered by a sandwich wrapper getting caught in the car, while Ocon was left on the backfoot by poorly timed yellow flags in qualifying that led to him being dumped out in Q1.

Even without those dramas, though, Alpine did not appear to have the pace to seriously threaten main rivals McLaren, Ferrari and AlphaTauri, which is why the outfit is planning a development push.

Executive director Marcin Budkowski said: “The Bahrain race weekend confirmed some of the weaknesses of our package, which we’re working hard to improve and gain the few tenths of a second that we are currently missing to fight at the front of the midfield.” 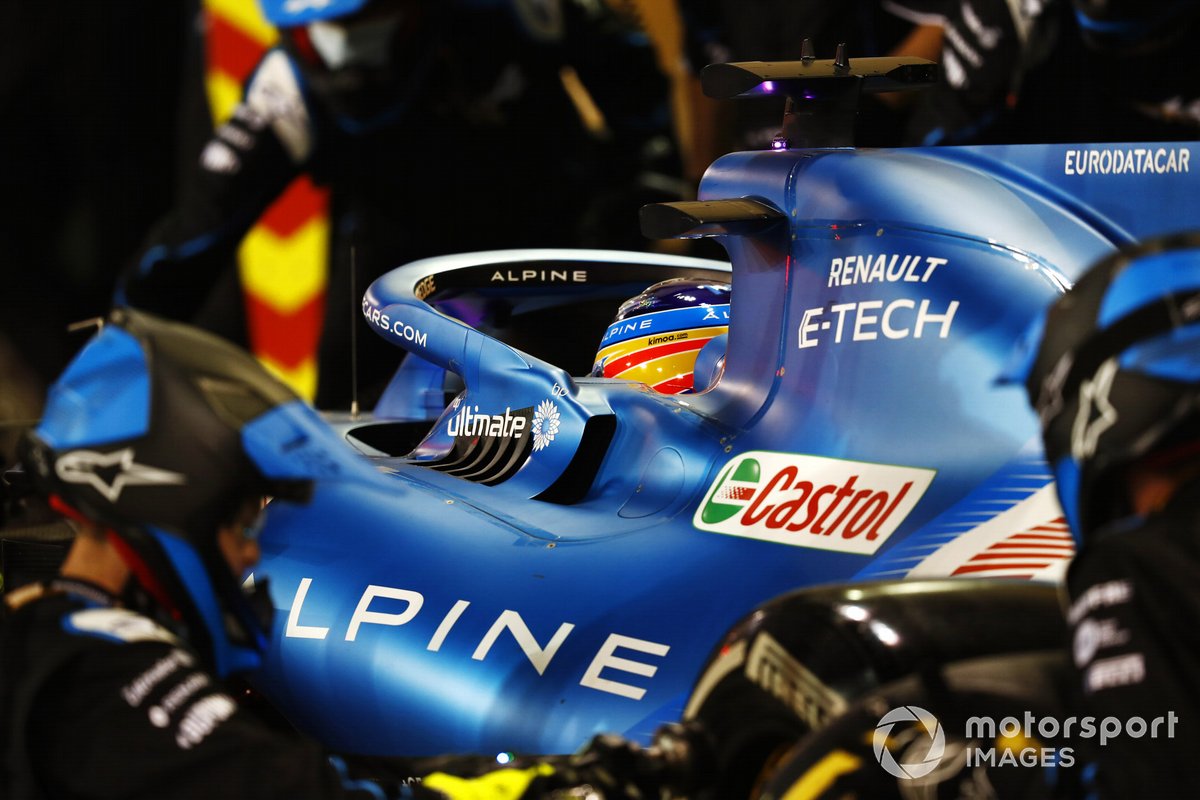 Fernando Alonso, Alpine A521, in the pits

Alpine is planning to bring an aerodynamic development to this weekend’s Imola race, as well as use Friday practice to better understand what design direction it needs to take with further improvements.

Budkowski added: “We have an aerodynamic upgrade package coming to the car for this grand prix.

“In addition, we have some test items to assess during Friday practice, which will help define further upgrades planned over the next few races.”

Alonso, who is returning to F1 this season after two seasons away, says the target for the team this weekend must be to finish in the top ten.

“I think we have to fight to score our first points of the season on Sunday,” he said.

“Let’s hope all our bad luck for the season was used up in Bahrain. We’re still learning lots about the car and I’m expecting that the setup here and, of course, the weather will be very different to what we experienced in Bahrain.

“It should be pretty close and a few tenths of a second could make up a number of positions.”

Van Gisbergen off painkillers since Sandown
Engine tweak coming for Holden Supercars teams
We use cookies to ensure that we give you the best experience on our website. If you continue to use this site we will assume that you are happy with it.Ok