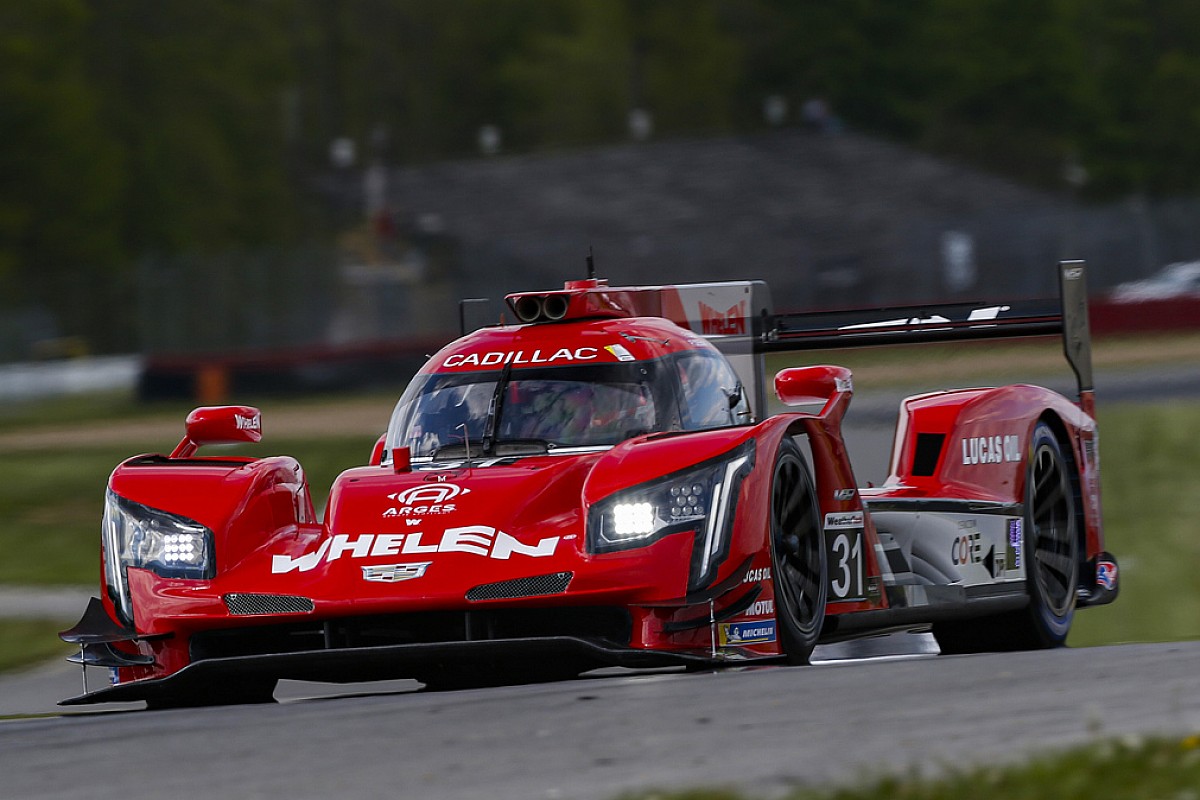 Derani circulated in 1m11.846s on his final flying lap of the session, topping Taylor’s best time by 0.375s.

Dane Cameron had set the early pace for Meyer Shank Racing in its Acura around the 2.258-mile road course, working down to 1m12.501s. In the second half of the session, Felipe Nasr for Action Express Racing jumped up to P1 with a lap of 1m12.368s before Taylor lowered the benchmark further to 1m12.221s.

But then Derani went for another run in the closing minutes and secured the top spot with ease. Cameron ended the session in third, ahead of Renger van der Zande in the Chip Ganassi Racing Caddy and Tristan Vautier in the JDC-Miller MotorSports version.

The lone Mazda only went out late in the session, with Oliver Jarvis lapping at 1m13.312s, over a second off the pace.

In GT Daytona, Jack Hawksworth set the pace for the Vasser Sullivan Lexus team with a lap of 1m20.513s, almost three tenths clear of the Turner Motorsports BMW M6 of Bill Auberlen.

Patrick Long was third quickest in the Wright Motorsports Porsche 911, fractions of a second ahead of Laurens Vanthoor in Pfaff Motorsports’ version.

In LMP3, Colin Braun led the way at 1m17.752s for CORE Autosport, a tenth ahead of Andretti Autosport’s Oliver Askew. Braun was also 0.26s ahead of Felipe Fraga’s Riley Motorsports entry and Dylan Murry in the second Riley car.

Jarett Andretti caused a red flag early on after leaving the pits too soon in the car he shares with Askew, then stopping out on track.

MotoGP French Grand Prix qualifying
No Honda rider close to victory in MotoGP
We use cookies to ensure that we give you the best experience on our website. If you continue to use this site we will assume that you are happy with it.Ok