Pourchaire reveals ‘crazy’ plan that helped him race at Silverstone

The Sauber Formula 1 junior driver was involved in a race against time to be fit for last weekend’s British Grand Prix support races, after fracturing his left arm in an opening lap F2 crash in Baku last month.

French rookie Pourchaire has enjoyed a strong start to the season, highlighted by becoming F2’s youngest ever pole-sitter and race winner at Monaco in May.

With his eyes set on competing for the title, the 17-year-old was desperate not to miss Silverstone which he believed would have ended his championship aspirations.

Despite doctors stating that it wouldn’t be possible for him to drive, the ART Grand Prix driver managed to compete at Silverstone, scoring points in two of the three races, after undergoing number of treatments on his arm.

PLUS: The making of an F1 hopeful re-writing the F2 record books

After finishing fifth in race one, he slipped to tenth in race two before taking eighth in the Silverstone feature race.

Reflecting on the recovery during an interview on Motorsport.TV‘s ‘This Week with Will Buxton’ show, Pourchaire explained that the weeks building up to the event had been “crazy”.

“That was a crazy last five weeks,” said Pourchaire.

“It was really difficult mentally because two weeks ago I was immobilised again, my hand was immobilised and I couldn’t drive. All the doctors told me it is not going to be possible to drive at Silverstone. 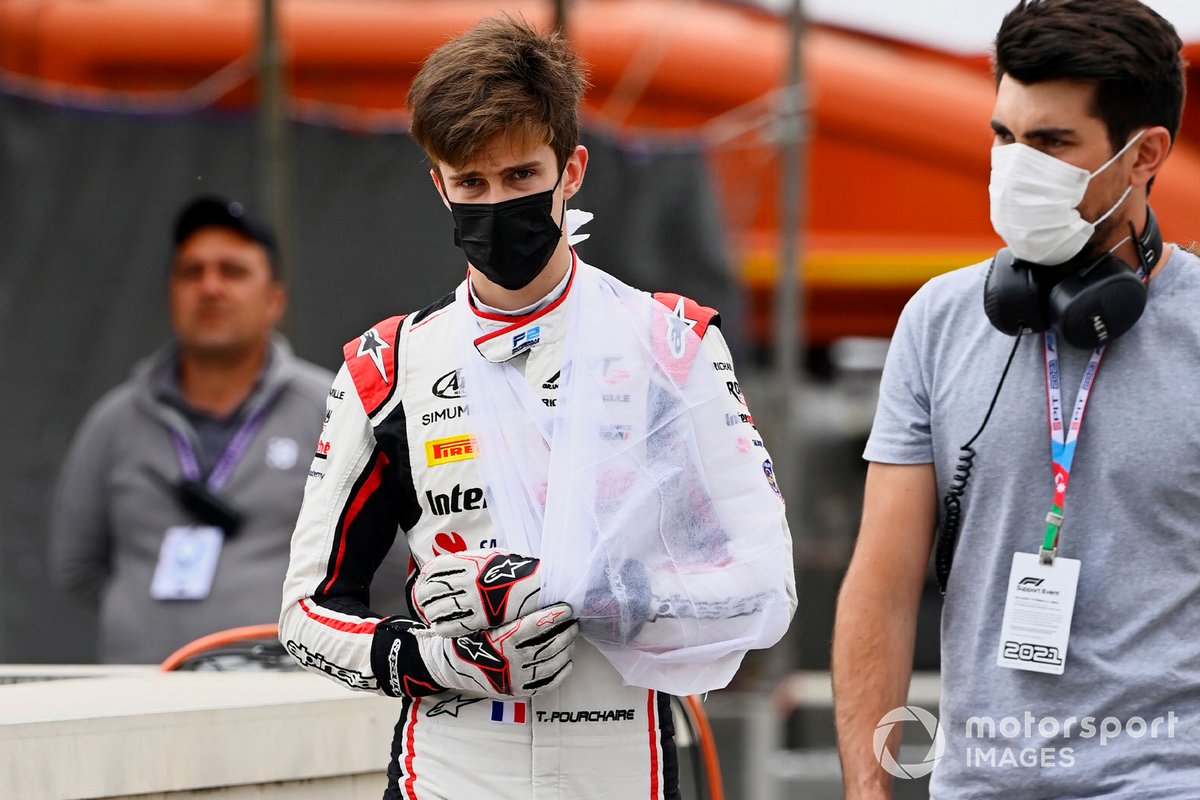 “But I was like, ‘No, I need to drive at Silverstone and score points’, because otherwise the championship would be finished for me.

“We have only eight rounds and three races per weekend, [so ]if all my competitors score a lot of points it is finished for me.

“I wanted to be back at Silverstone and we did a lot of things on my arm – a lot of technical things, I don’t know know exactly – but it worked. That was the most important thing.”

The championship has a month’s break before resuming at Monza on 10-12 September in support of the Italian Grand Prix.

Raikkonen urges Alfa Romeo F1 team to “wake up”
Mugello, Barcelona, Paul Ricard top new sustainability index
We use cookies to ensure that we give you the best experience on our website. If you continue to use this site we will assume that you are happy with it.Ok