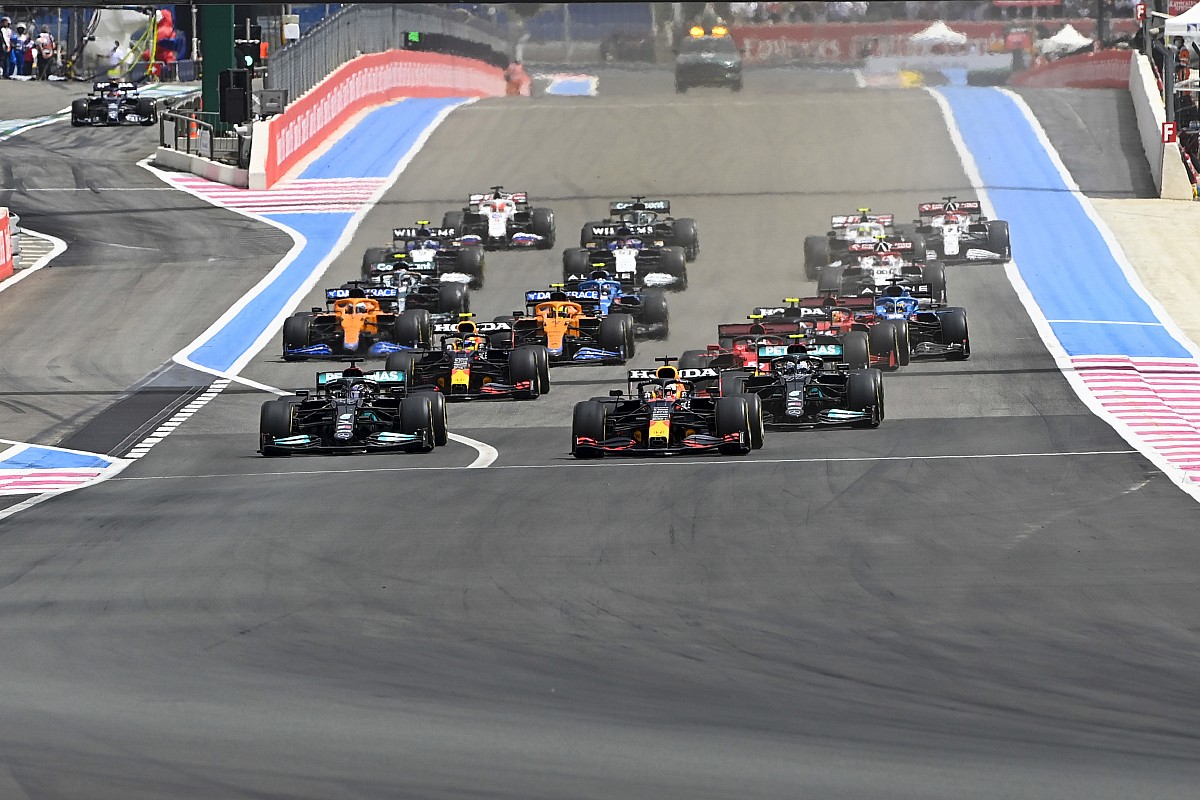 After Red Bull rolled the dice on an aggressive two-stop strategy, Verstappen charged through to pass Hamilton on the penultimate lap of the race – serving as payback for his late defeat in similar fashion at the Spanish Grand Prix last month.

It marked Red Bull’s third win in a row, but by defeating Mercedes in what has traditionally proven to be a Mercedes stronghold at Paul Ricard, the team made a huge statement in the title battle.

Recapping all of the action from Sunday’s race and covering the main storylines of the race weekend, Ariana Bravo is joined by Autosport F1 Reporter Luke Smith, GP Racing Executive Editor Stuart Codling and Motorsport Network Director of Digital Strategy Jess McFadyen on the latest edition of the Autosport Podcast.

You can listen to the podcast using the player below, or via all good audio platforms including Spotify, Apple Podcasts and Google Podcasts.

Mercedes can’t account for 0.5s lost in undercut to Verstappen
What caused Ferrari’s French GP nightmare
We use cookies to ensure that we give you the best experience on our website. If you continue to use this site we will assume that you are happy with it.Ok