Brown originally joined McLaren in 2016 before becoming CEO in 2018. A year later, he appointed Seidl as team principal, with the pair having divided responsibilities that play to their strengths.

With a number of F1 teams adopting similar structures of having roles spread across a number of senior figures rather than one overall chief, McLaren is clear that the process works.

But Brown says one factor that cannot be underestimated is just how good Seidl is – with the German having helped guide McLaren to third place in last year’s constructors’ championship. 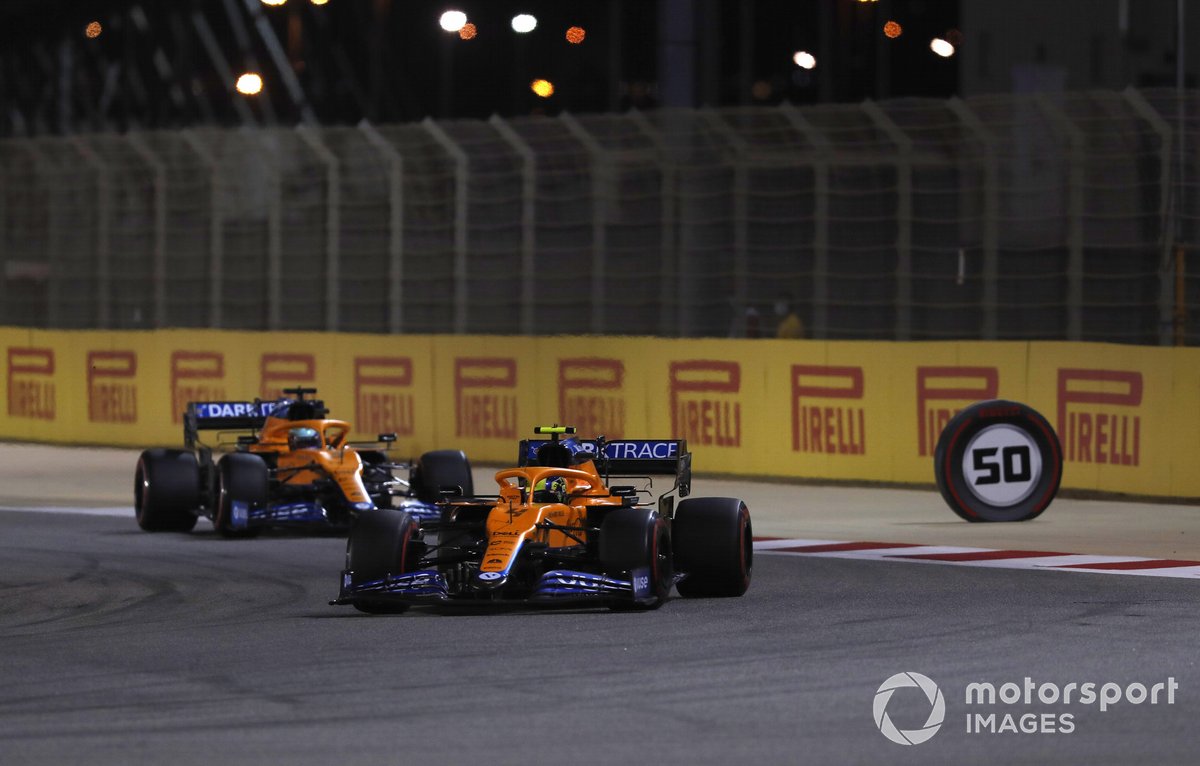 “I think the structure we have at McLaren works extremely well for us,” said Brown. “Andreas and I have an outstanding working relationship. I think it’s extremely clear what my role is, what Andreas’ role is, and it is very clear to the team too.

“My job as CEO of McLaren Racing is to field the most competitive, financially sustainable racing team, not only in F1, but anything else that we may venture into like Indycar etc.

“I think my job is to get the best people in the business, and I think we’ve done that. I think Andreas is the best team principal in the pit lane, in my humble opinion, and to allow him the space.

“I don’t know how to run an F1 team, it’s not my competency. That’s what Andreas is awesome at. So my job is to give him the freedom, the support, and the financial resources to allow him to do his thing. So Andreas has full authority to run the F1 team as he sees fit.”

Seidl says complete clarity between himself and Brown over what their responsibilities are has been hugely important in helping McLaren make good progress in recent years.

“I think it’s very important, and crucial to the success of an F1 team, to have clear responsibilities, and also clear accountabilities,” he explained.

“He gives me in the end, the freedom and the support I need in order to bring my style and my experience and my way of how I want to set up an F1 team and lead it. And that’s simply great.

“We are aligned on a lot of topics in terms of how we see the steps we have to make within the team. I think we can also see in the last three years that we already could make some good steps. But we also know that we are far away from where we want to be in a few years’ time.”

How will Marquez fare on his MotoGP return?
Seidl is best team principal in F1, says McLaren’s Zak Brown
We use cookies to ensure that we give you the best experience on our website. If you continue to use this site we will assume that you are happy with it.Ok