SRO to take over Australian GT 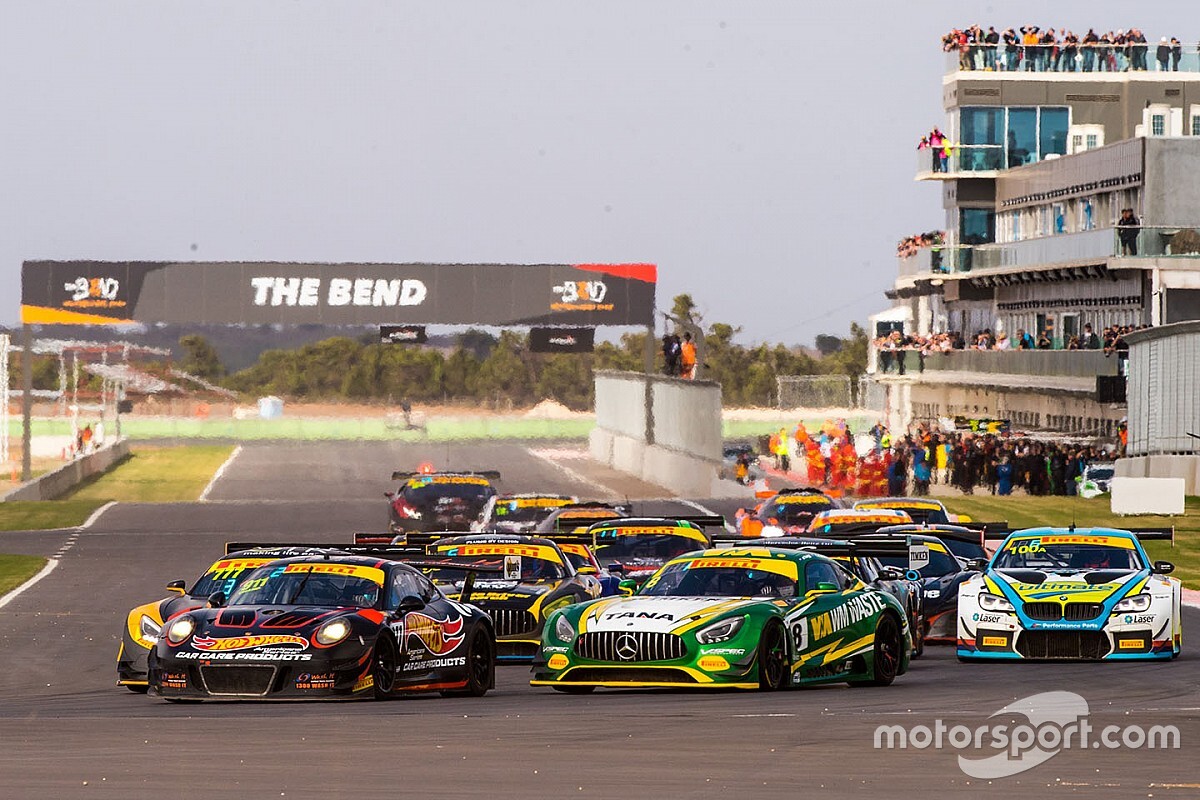 A change in management for AGT has been on the cards for several months, Motorsport Australia issuing an expression of interest for a multi-year deal Category Management Agreement deal back in August.

Motorsport.com understands Motorsport Australia is set to be given the nod by the governing body.

Should the deal go through, AGT will add to SRO’s significant international GT presence that includes the IGTC, the GT World Challenge, regional GTWC competitions in Europe, Asia and America, the British GT Championship and the 24 Hours of Spa.

The series could even be rebranded as GT World Challenge Australia or something similar, with the Amazon Web Services backing underpinning the other categories carried over.

However there is still scope for local management, with the on-the-ground heavy lifting likely to come as part of a joint venture between SRO and an Australian presence.

Both Australian Racing Group, which works closely with Motorsport Australia through TCR Australia and S5000, and Supercars are rumoured to be in the frame for an involvement in the AGT management.

“We hope to be able to provide an update in the coming weeks, but we have been extremely pleased with the quality of those who expressed an interest to be involved in the category’s future and we are excited about what lies ahead for these Championships in 2021 and beyond.”

There is already an existing relationship between SRO and Supercars through the Supercars-owned Bathurst 12 Hour event, that – pre-pandemic – opened the IGTC season.

Following a boom period around 2015-2017, Australian GT has seen a decline in grids in recent years, with factors such as a move away from the Supercars undercard and a resurgence in Carrera Cup playing their part.

The series has been run by Trofeo Motorsport since mid-2018, owner Jim Manolios having taken over the CMA from long-time owner Tony Quinn.

That change of hands came a year after Supercars went close to buying AGT, only for Motorsport Australia to veto the sale.

Palou “super lucky” to sign with Ganassi Racing for 2021 IndyCar season – IndyCar
Strategy, not luck, key to Kvyat’s Imola F1 charge to fourth – Tost – F1
We use cookies to ensure that we give you the best experience on our website. If you continue to use this site we will assume that you are happy with it.Ok