Lance Stroll says a “miscommunication” in the Racing Point Formula 1 team cost him a shot at getting into Q3 in Bahrain, leaving him stranded in 13th on the grid.

The mix-up was a blow for the Silverstone team in its battle for third in the constructors’ championship on a day when both Renaults were well inside the top 10.

Turkish Grand Prix poleman Stroll had been an encouraging second in Q1 after a strong second run left him behind only Lewis Hamilton.

He used up a set of medium tyres in Q1, and then he had another new set for the start of Q2, in common with most other runners, as teams attempted to avoid having their drivers qualify and start on the less favoured soft rubber.

However, a red flag caused by Carlos Sainz Jr’s spin meant Stroll had to abort the lap.

When the session restarted, he went out on the same, now used mediums, while others had a fresh set.

Stroll believed there was still time to pit and use softs for a final run to get into Q3 if his time on the mediums was not good enough.

That wasn’t the case and, when his medium failed to put him in the top 10, he had no opportunity to respond.

Stroll indicated that, had he known there was only time for one run, he would have probably have opted for the soft, rather than the used mediums.

“We had the wrong tyres on the car,” he said.

“I think we should have been on the softs, not on the mediums.

“It was no one’s fault. Between me and the team we have to look back at it. That just cost us. 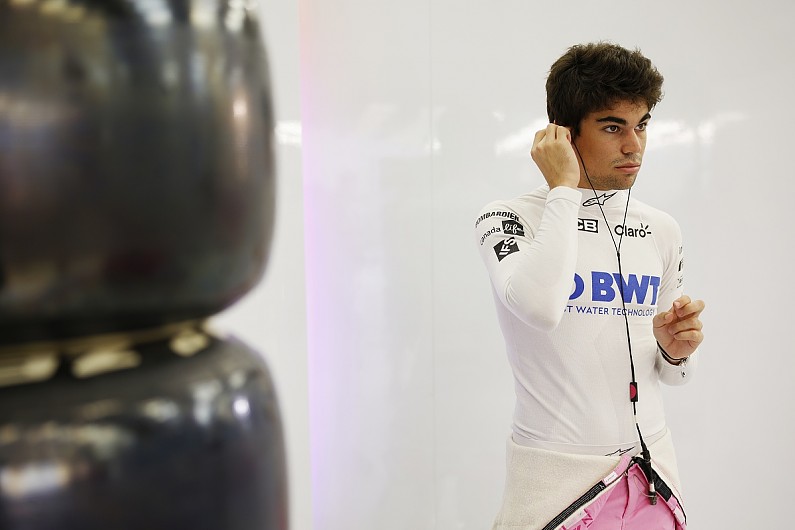 “There was a miscommunication on timing, I thought we would have had time for two runs, but we only had time for one run, and it was on an old set of mediums, because we used one in Q1, and then we did a lap before the red flag in Q2, and then we went back on that same set.

“The others had a new set, and there was no chance to even get close. Unfortunately that was a bad call.”

On a more positive note for Racing Point, Sergio Perez qualified fifth, behind only the Mercedes and Red Bull drivers.

“It was a really good qualifying today,” said the Mexican.

“I think what really made our qualifying was Q1, actually, getting through on one set, and then being committed to our strategy, we were clear what we wanted to do for the race, to be starting on the medium.

“I think that also made a good difference for us.

“I think tomorrow it’s a lot to play for – [with] a good start, good strategy, we can get a lot of points.”

Jos Verstappen’s Portimao LMP3 sportscar test ‘just for fun’
Nissan e.dams delays new Formula E car until April
We use cookies to ensure that we give you the best experience on our website. If you continue to use this site we will assume that you are happy with it.Ok