Wolff “wanted a little bit of publicity” with FIA call 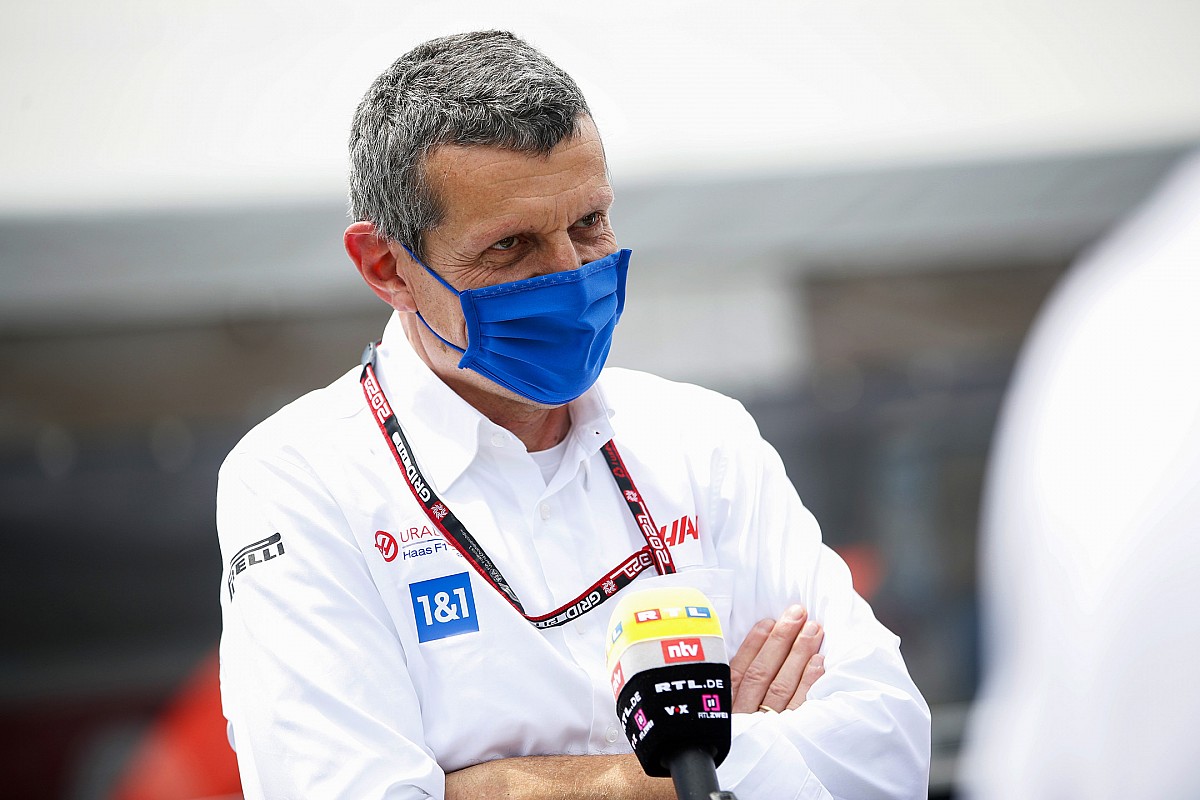 The complaint was broadcast on the F1 world feed, marking the first time a message to race control from one of the teams had been aired.

It came as Hamilton looked to minimise the time lost to Verstappen as he extended his first stint. He ultimately won the race for Mercedes on a two-stop strategy, passing in the closing stages.

But Haas F1 chief Steiner said after the race that he saw no issues in how Mazepin handled blue flags in the race, believing Wolff wanted to get some publicity by delivering the message himself.

“I didn’t hear the message, they just told me in the debrief, that Toto said something,” Steiner said.

“But I don’t know exactly why and what for he said that. So I cannot comment, because I don’t know the circumstances, but I think Nikita did a good job today to get out of it.

“Maybe Toto being Toto just wanted to make sure that he’s here [showing] who is in command here, and that everybody should move when he’s coming along, you know?

“He put himself [on the radio] and he didn’t let his guys do the work. He wanted a little bit of publicity, I guess.”

The broadcast of the message with a new “FIA/Mercedes” radio graphic was received well by fans watching.

Masi revealed that it was a new move that had been discussed with teams last year, and is set to become a more regular part of the broadcast package.

“One of the innovations that the FIA has worked together with F1, it actually came about through a discussion an F1 Commission meeting last year, is so they could hear as part of the broadcast the communications between the FIA and the teams,” Masi said.

“It is a regular part of what we do operationally. And from that perspective, [the race] was the first time that it started.

“The F1 Group, through their broadcasts, has been doing some trials in the background, of seeing what that looks like.

“All the teams were advised and this weekend’s the first time it’s gone live to air.”

Motorsport Network strengthens Direct-To-Consumer leadership with new CEO of Motorsport.tv
Doohan tops first day of Jerez F3 test
We use cookies to ensure that we give you the best experience on our website. If you continue to use this site we will assume that you are happy with it.Ok