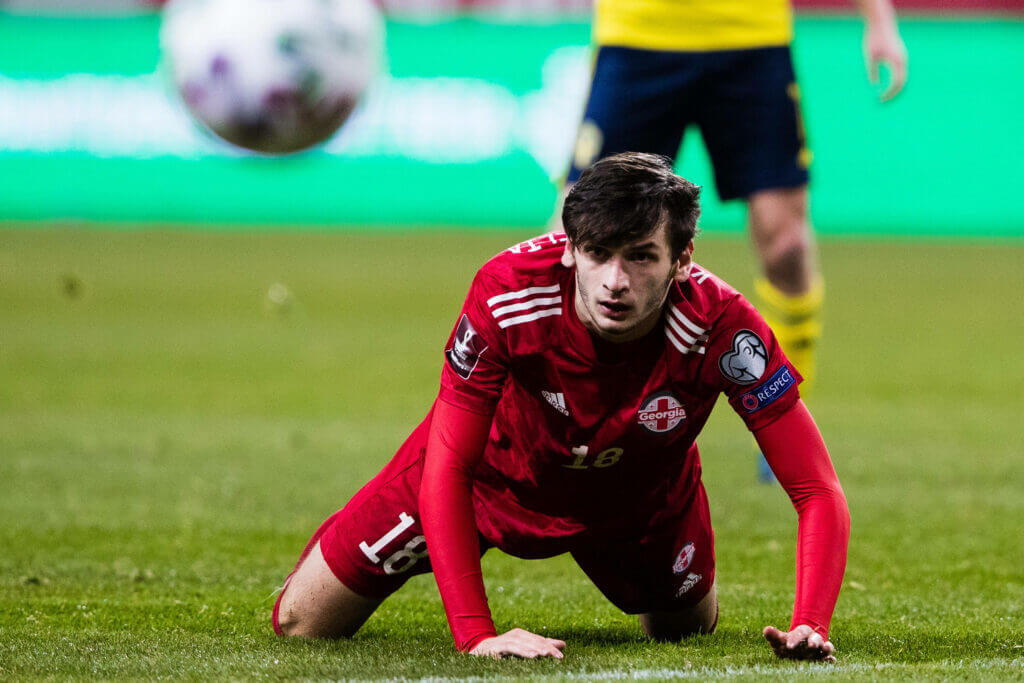 Leeds United have been linked with for Khvicha Kvaratskhelia this summer.

Back in April, reports emerged that the Whites are keeping tabs on the 20-year-old winger who impressed heavily for Rubin Kazan last season.

The youngster has confirmed that talks are ongoing with numerous clubs over a potential summer move. He has admitted that Leeds are one of the clubs he has spoken to but personally prefers to play for Liverpool under Jurgen Klopp.

“I can not confirm anything at this stage, but negotiations are underway with a number of teams. Everything is entering a crucial phase,” Kvaratskhelia said. “There were negotiations with Leeds, they may continue. The most interesting thing will be working with Jürgen Klopp.”

He has managed 23 appearances this season in all competitions, where he scored four goals and provided eight assists.

The highly-rated winger is valued at around £26m and that’s a huge amount Rubin Kazan are demanding for him.

The youngster has heavily impressed for both clubs and country and big European clubs must have seen something special in him.

He has broken into his country’s senior side and has managed to score three times already.

Having said that the price quoted for him is way too much. He fancies a chance to play for Liverpool, but it’s highly doubtful that the Reds are even considering him as an option this summer.

Mokwena does not believe in McCarthy’s PSL Coach of the Season award
Video: Neymar stars as Brazil beat Paraguay
We use cookies to ensure that we give you the best experience on our website. If you continue to use this site we will assume that you are happy with it.Ok