Liverpool fans react as Jurgen Klopp comments on his future 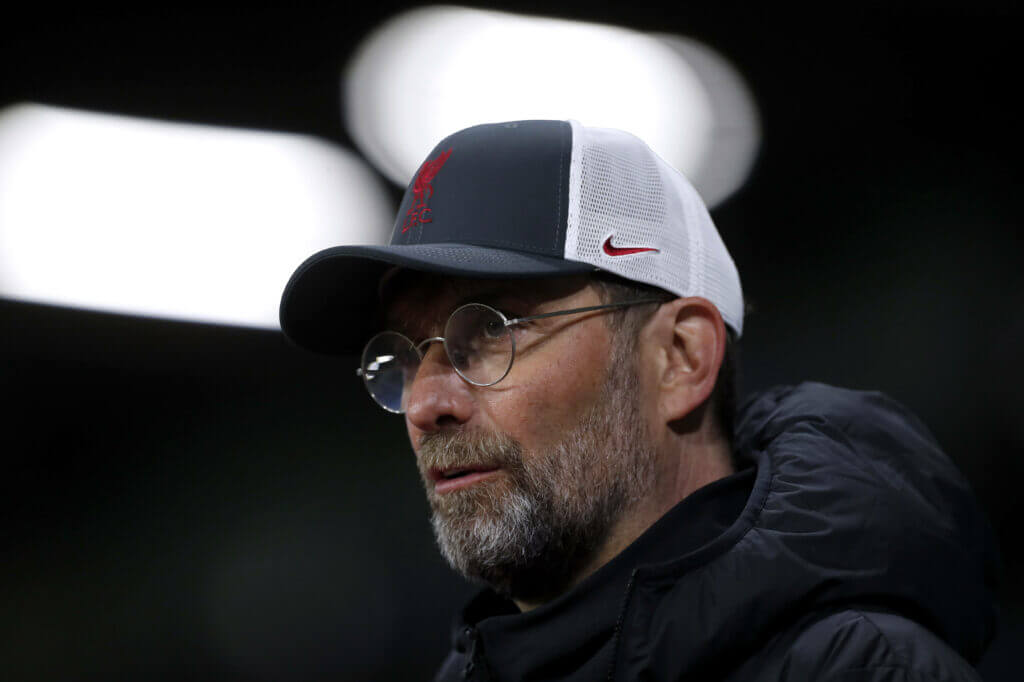 Liverpool boss Jurgen Klopp has claimed that he will not resign as manager of the club amid proposals regarding a breakaway European Super League.

The Premier League’s ‘Big Six’ have signed up to form a new closed shop competition which will effectively replace the Champions League.

The move has been heavily criticised by football fans all over the world. It is clear that club owners are motivated solely to generate more revenue, even at the cost of breaking the existing football ecosystem.

Klopp was fiercely against the formation of a Super League back in 2019, and he has not changed his stance a single bit.

Speculations were rife that Klopp could leave his role in protest to the actions of the club’s owners, but the Reds boss has made it clear that he will not resign.

Klopp, who guided Liverpool to their first Premier League title in 30 years, has insisted that he will try to sort it somehow.

Klopp: “I’m not sure if I feel more or less exposed. The English system is that there’s one voice in the club, and that’s the manager. But there will be a moment for sure when our owners say what they have to say, definitely.”

Klopp: “I heard today that I will resign but I feel responsible for the team, for the club and for the relationship we have with our fans. I will try to sort it somehow.”

Klopp asked if he feels let down by FSG: “I don’t think that, I don’t feel that. I don’t want to be involved in these kind of things. I don’t understand them. I’m a football person. I’m here as a football coach, and I will do that as long as people let me.”

Many Liverpool fans have taken to Twitter to express their reaction:

I have seen great football managers but this man is in his class. His is an institution for learning on leadership. I was drawn to Liverpool by his personality and character. Great man!

I love that man and feel absolutely livid about the cowardice shown by FSG which has resulted in this man, and the players, having to answer the questions and deal with the wrath of the fans when they had nothing to do with the decision. #FSGOUT

What a guy. So lucky to have him.

He’s Shankly 2.0 and we’re lucky to have him fighting for us. John Henry is fucked. #NoToEuropeanSuperLeague #FSGout

I repeat, this man is amongst the GREATEST things to happen for @LFC. Doesn’t give up on us even when he’s thrown into the lion’s den. He will stop this. Ole and co need to jump into the bandwagon as well. We have enough people to persuade their respective clubs to stop this.

Liverpool fans had displayed banners outside Anfield on Monday in protest to the plans of the Fenway Sports Group.

Similar protests took place outside of Elland Road ahead of the 1-1 draw with Leeds United, as there are suggestions that Klopp and his team were left hung out to dry by his bosses.

In other news, check what Jamie Carragher had to say about ESL.

‘Today’s verdict is one of justice’ – U.S. Soccer re-commits to social justice in wake of Chauvin conviction for Floyd killing
Tottenham begin withdrawal procedures from Super League amid mass exodus of English clubs from competition
We use cookies to ensure that we give you the best experience on our website. If you continue to use this site we will assume that you are happy with it.Ok