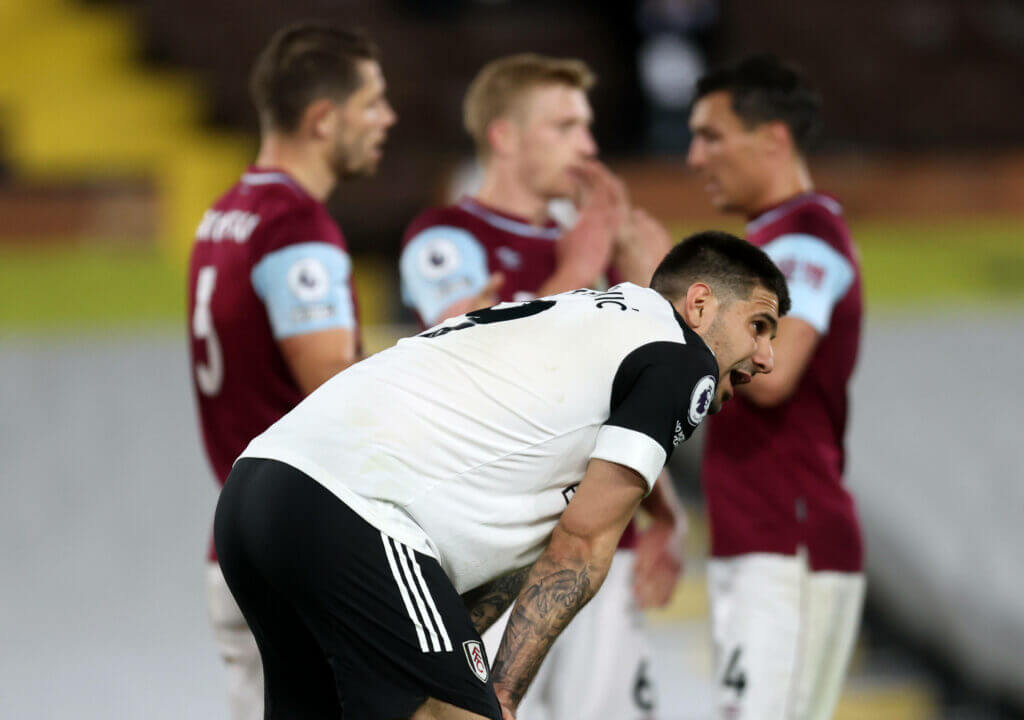 Fulham suffered relegation to the Championship after they lost 2-0 against Burnley at home on Monday night.

According to reports from the Daily Mail, the Cottagers are braced for a battle to keep their manager, Scott Parker.

Despite Fulham’s relegation, Parker has emerged out as a man in demand, mainly because of his philosophy at Craven Cottage.

The report claims that a host of players could leave Fulham following their demotion to the Championship.

The Cottagers signed as many as seven loanees, while some of the key players are being targeted by top Premier League clubs.

Joachim Andersen, the on-loan Lyon defender has been targeted by Tottenham, while West Ham boss remains an “admirer” of Serbian striker Aleksandar Mitrovic.

The 26-year-old has managed four goals and three assists in all competitions this season.

Mitrovic is a vastly experienced Premier League player and he could be a smart addition for the Hammers.

There is a general perception that Mitrovic is more influential playing in the Championship – having scored 12 goals (2017-18) and 26 (2019-20) for Fulham – and that he is not that effective in the Premier League.

However, it is really difficult to judge him based on his performances for the Cottagers. Probably, he will be more effective with better players around him, who will provide him with more scoring chances.

West Ham do need to sign a striker in the summer. The Hammers sold Sebastien Haller in January, while Michail Antonio remains injury-prone.

The 26-year-old has a contract at the club till 2024, and Fulham are expected to demand a high transfer fee for him if he decides to move on.

In other news, check out Manchester City vs Chelsea Facts and Stats ahead of the Champions League Final.

Gor Mahia & Tusker be warned! Shimanyula says after Kakamega Homeboyz unveil Mwalala
Kaizer Chiefs coach Hunt delivers discouraging update on Billiat, Khune injuries
We use cookies to ensure that we give you the best experience on our website. If you continue to use this site we will assume that you are happy with it.Ok