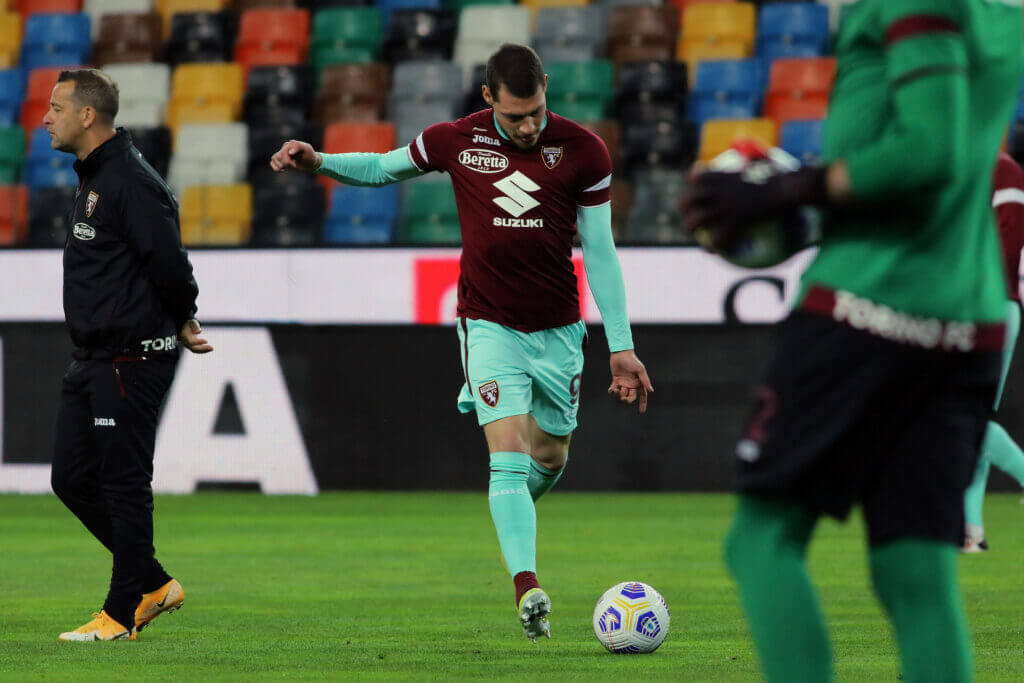 Tottenham Hotspur are reportedly keen to sign a striker in the summer transfer window.

The summer transfer strategy for Spurs is dependant on several factors – like where they finish this season or whether the likes of Harry Kane or Son Heung-Min leave the club.

The Daily Mail claimed this week that Spurs will be looking to offload a few players to raise funds for new arrivals. Signing a goalkeeper, a centre-back, a right-back and a back-up striker is a top priority.

Carlos Vinicius has done well in his loan spell at the club, but Spurs will not be using their buy option to sign him permanently this summer. In fact, they are looking for options elsewhere, with the likes of Danny Ings and Sasa Kalajdzic being linked with a move.

According to reports from Tuttosport, Spurs have joined a host of clubs to sign Torino captain Andrea Belotti this summer.

The 27-year-old is seen as one of Serie A’s best strikers. He has scored over 100 goals for Torino, and his scoring strike rate is very impressive.

The 32-times capped Italy international is out of contract in the summer of 2022, and he is almost certain to leave the club in the summer transfer window.

Chelsea and Everton have registered an interest in him already, while Milan, Napoli, Fiorentina and Roma are equally keen.

In other news, Tottenham are looking to offload five players this summer.

‘A good image for the NPFL’ – Ezeji on Musa’s Kano Pillars move
Kalu returns to Bordeaux training ahead of AS Monaco clash
We use cookies to ensure that we give you the best experience on our website. If you continue to use this site we will assume that you are happy with it.Ok